One of the things that makes cycling so great is that it is a sport that can take you almost literally anywhere. Pick a country, any country, and you can bet there’ll be at least one road worth riding. A cycling trip is a rite of passage for cyclists across all levels and disciplines and can many forms depending on what you’re after. Here are seven considerations to get you started.

Bike packing or back to base camp? 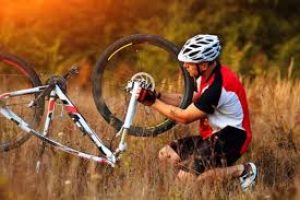 One of the first things to consider is what sort of trip you want to take and what sort of cycling you want to do. One of the most popular variants among the roadie population is ‘bike packing’ – a.k.a. touring – whereby you load up you bike with overnight kit and ride from A to B, B to C, C to D, etc. over the course of several days. Perhaps you’d like to pedal from London to Cannes or circumnavigate Ireland? Alternatively, you can opt to base yourself in one place – a hotel in the mountains or on a Spanish island perhaps – and savoir all the local roads the area has to offer.

Tourist trap or off the beaten track?

It’s difficult to know exactly where to begin when surveying the possibilities for cycling trips, but there are a few standards. For obvious reasons, the mountainous regions of Italy, France and Spain draw thousands of cyclists to their slopes just as soon as the snow has melted. Climbs like Alpe d’Arezzo, Mont Ventoux, the Stelvio and the Angliru feature on many a bucket list. However, their popularity, particularly during the mid-summer months, mean that not only will the roads be busy with bikes, but the hotels will be bursting with curiously tanned and hungry folk in lycra.

Now, who could really argue with a saturation of cyclists on the most beautiful high passes in Europe? It’s true, this cannot be considered a major issue, but when you add the countless motorcycles, classic cars and even motor homes to the hairpins, you might find yourself wishing you’d gone somewhere less predictable.

Mercifully, there’s so much more of Europe to experience by bike, much of it consist.

Plan your own or package tour?

There are countless package cycling trips now which take all the responsibility for planning and organizing out of your hands – something which is attractive for many. Granted, by planning your own trip, you not only keep the cost down, but retain complete control of your trip, your routes, eating, etc. However, package tours will provide everything you could and often even more, i.e. many will lay on a ‘pro experience’ for their guests, complete with airport shuttle, hotel booking, meals, route planning and guiding – even massage; the list goes on…

Probably the biggest advantage of package trips is the provision of a support vehicle which will carry spare layers, additional water, bananas, cake, bike pump, and even sports nutrition from whichever brand the company happens to have an agreement with. The trouble is, once you’ve ridden with a support vehicle, you’ll never want to go back to carrying your own spares.

There’s nothing quite like sharing a cycling holiday with others, bet that friends, family or club mates. If you’re on an all-inclusive package tour, the chances are that you will be thrown in with a group of strangers, albeit all sharing a passion for cycling. You can of course get some friends to book at the same time, or better yet, organise your own team expedition. But then comes the question of how many, and who will be invited?

This is a big one and it depends on a lot of things. We’ve all heard the horror stories about airline treatment of bikes, not forgetting the major faff of getting the machine packed away in the first place, but for many that’s still not enough to separate rider from beloved bike. That being said, you might fancy an opportunity to test-ride a rental machine during your trip.

Ultimately, you have to decide if you want to ride your own trusty companion on new roads or if you’d rather the carefree use of a well-maintained, often high-end, road bike that you do not have to dismantle when exhausted at the end of your holiday.

This is something you’re going to need to consider with plenty of time in hand. Depending on the sort of rider you are, your experience and your destination, your goals will vary from leisurely cruise around the lake to smashing it up the climbs with aspirations of a Strava top-10. Whichever you decide will define how you train in the months before you depart – indeed, whether you train at all. If you’re taking a relaxing holiday, then a base level of fitness is all you’re going to need, but if you want to perform to a high standard, you’re going to have to prepare accordingly.

How hot and how high? 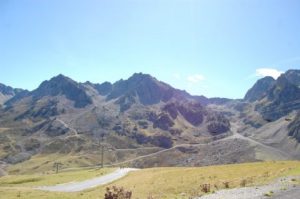 Speaking of preparation, you’re also going to have to think about the kit you’re going to need. Whether you’re heading to Spain for a winter training camp or to the Pyrenees for a summer Tour de France challenge, you’re going to need more layers than you’ve probably bargained for. In the mountains, it might well feel like July in the valley but you can bet the summit will tell a different story. As soon as you stop moving, you’ll feel the cold seep in which is when you’ll need to pull on the layers in preparation for the descent. The long and the short of it is that you need to depart equipped for every eventuality, from sunburn to snowdrift.

Fair warning: one cycling trip is never enough. Once one is in the diary, it won’t be long before it becomes an annual fixture. With that out of the way, it’s time to start planning!

In all the excitement of planning and organizing your epic trip it’s quite easy to forget about the small, but very important, matter of insurance. Whilst most trips pass off without incident, it’s never a good idea to leave things to chance. Cycling travel insurance from Pedal Cover was designed by cyclists for cyclists and will give you the peace of mind of knowing that if something goes wrong, you’re covered.

10 Benefits of Cycling-Why Cycling is good for Weight loss, Fitness, Legs and Mind

We will be happy to hear your thoughts